These are the best farming games on PC for 2022, ranging from realistic simulated farm operations to more relaxing games about rural life

While you’re sitting in front of your computer screen, there’s something about tilling and planting a field and watching your crops grow that makes you feel close to nature. It doesn’t matter what type of farming game you play on PC, all come down to getting your hands dirty.

The relationships between your protagonist and the local characters are the focus of some farming games, like Harvest Moon.

Staxel and Farm Together, for example, are more about sharing the fun of making something together than about playing a prewritten story.

We have compiled a list of farming games that we think will appeal to every quadrant of the agricultural games spectrum.

There’s a farming game that suits your fancy whether you prefer stylized or realistic visuals, a casual or highly simulated experience. You can try some of these farming games on PC.

Despite its many years since its release, Stardew Valley still remains a top choice among many people looking for a well-balanced farming game. Adding more polish and features with each update, it is likely to remain a favorite for many seasons to come.

The premise of Stardew Valley revolves around inheriting a farm from your deceased grandfather and moving to the small rural community of Pelican Town.

With the help of the magical creatures, you will become successful at running your family farm, making friends (and perhaps spouses) with the villager’s, and revitalizing the town itself.

Despite Stardew’s resemblance to the Harvest Moon series, which (at the time) hadn’t yet reached PC, it also features a solid community of farmers obsessed with optimizing their operations.

Stardew Valley mods will allow you to drastically change the experience to suit your taste, so you do not have to look for inspiration if you want to design the most profitable or prettiest farm.

It is the first game developed by a group of former developers of the Fable series. There have been numerous updates since the game was made available in Steam Early Access in 2018. Unlike other games on this list, it has a dense pixel art style and a large world to explore.

With its intentional groan-worthy humor inherited from the Fable series, Kynseed is very different from Stardew Valley or My Time at Portia, despite still focusing on planting crops, interacting with townspeople, and exploring the world.

The Farmer’s Dynasty game has 3D characters and equipment for a more realistic farming experience. Farmer’s Dynasty emphasizes quests and relationships with characters more than the business-oriented Farming Simulator series, like the more stylized 2D games on this list.

Running your farm operation, doing construction by hand, and doing favors for your fellow townspeople will take up most of your time.

Players looking to learn about farming’s business side should consider Farming Simulator, the most realistic simulation of the bunch. Choosing equipment, livestock, and seed for the season will require you to manage your balance sheet for the year.

There are different ways to operate equipment, including driving it yourself, hiring NPC workers to help you, or enlisting friends for multiplayer farms.

What’s more surprising is that Farming Simulator hasn’t dwindled its player base like similar games such as Football Manager, which have an annual release schedule.

It’s safe to say Farming Simulator 22 is as good as the previous games in the franchise. Simulators are among the best games on PC, as the name suggests.

Multiplayer agricultural games like Farm Together are also available. To differentiate yourself from other players on the farm, you can customize your clothing, your cat or dog companion, your house, and your tractor.

As with idle games, Farm Together has the unique feature of progressing time even when you aren’t playing. Depending on what permission settings you choose, friends or strangers may access your farm.

Nevertheless, you will be able to help a friend or stranger with their farm, even if you exhaust your own options (you probably won’t).

There you have it, our list of the best farming games for PC, choices so good you can bet the farm on them.

Besides watching all those crops grow, you can find some other great suggestions on our site, including the best building games and strategy games for PC. Let’s go herd animals, plant seeds, and make hay, if you won’t mind. 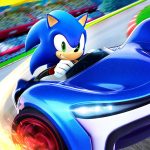